The Chi-squared test can be used for the following: 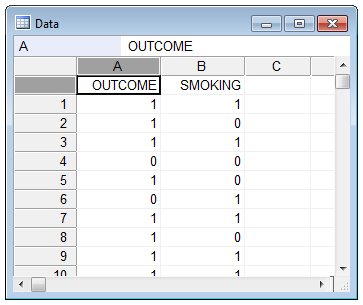 After you have completed the dialog box, click OK to obtain the frequency table with the relevant statistics. 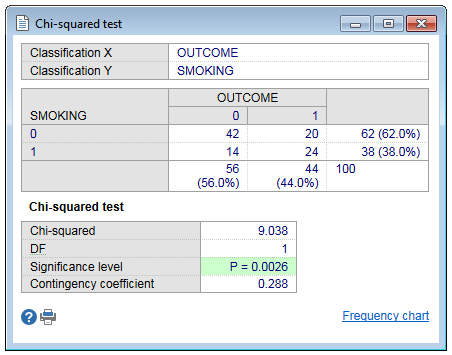 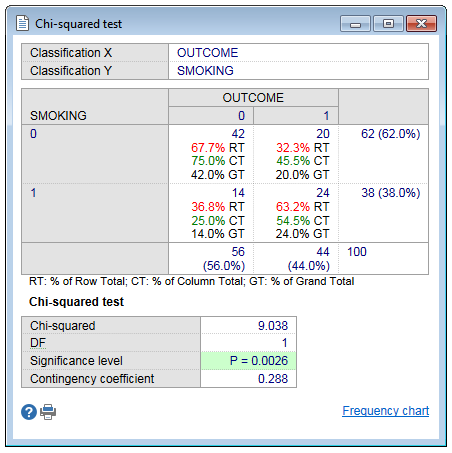 If the table has two columns and three or more rows (or two rows and three or more columns), and the categories can be quantified, MedCalc will also perform the Chi-squared test for trend. The Cochran-Armitage test for trend (Cochran, 1954; Armitage, 1955) tests whether there is a linear trend between row (or column) number and the fraction of subjects in the left column (or top row). The Cochran-Armitage test for trend provides a more powerful test than the unordered independence test above.

If there is no meaningful order in the row (or column) categories, then you should ignore this calculation.

It is a common misconception that the Chi-squared test is not reliable when there are one or some cells with expected frequencies less than 5.

When searching the internet, you may find many sites stating so, but none of those cites a reference.

"If χ2 has less than 30 degrees of freedom and the minimum expectation is 2 or more, use of the ordinary χ2 tables is usually adequate."