This procedure will compile a 2x2 table from the data and calculate the Relative risk and Odds ratio for the observed data.

How to enter the data in the spreadsheet 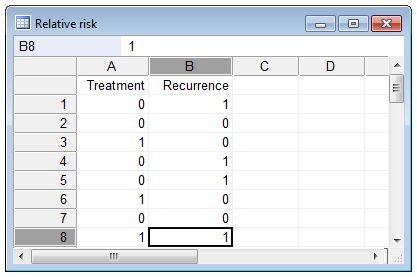